Canada's electorate delivered less of a message to its political leaders and more of an apathetic shrug as the snap general election billed as either a chance to give PM Justin Trudeau the opportunity to build on his policies of the last few years by giving him a majority, or allow voters to remove him from office ended up with the parties standing still, with only a handful of seats changing hands. 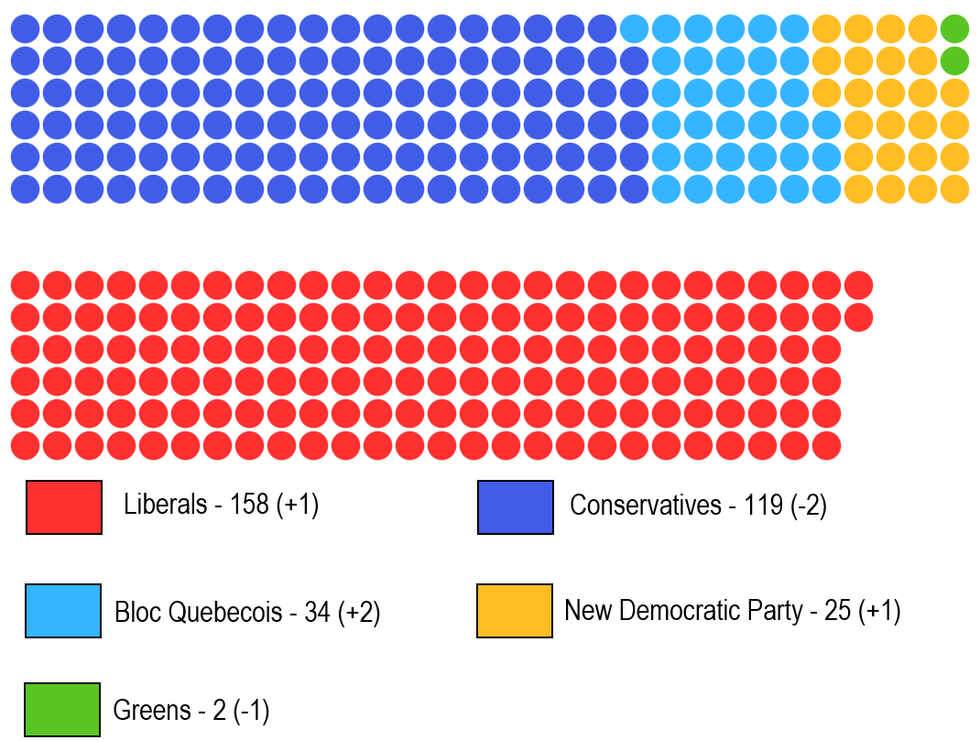