Little to flag for the U.S. Tsy space in Asia-Pac hours given the ongoing LNY holidays, with a very light bid creeping in as e-minis ticked lower. T-Notes last +0-00+ at 136-28, within a 0-03+ range, aided by a couple of 1.5-2.0K lifts in TYH1 (as we have flagged). Light bull flattening has been seen in the cash space, with 30s sitting ~1.0bp richer on the day. There has been little in the way of notable headline flow, although the Australian state of Victoria has gone into a 5-day circuit breaker lockdown after < 20 COVID cases became apparent in the state, while there are questions re: the appropriateness of planning surrounding the next stage of the UK's COVID vaccine drive. Domestically, the latest U.S. daily new COVID case count rose back above 100K for the first time this week. None of these headlines are deemed to be gamechangers, but are incrementally negative. UoM sentiment data headlines a slim local docket ahead of the elongated U.S. holiday weekend.

A sense of caution crept into G10 FX space in holiday-thinned trade, with macro flow subdued owing to a number of market closures across Asia. Crude oil prices softened a tad, applying a modicum of pressure to commodity-tied FX & pushing NOK to the bottom of the pile. AUD slipped as Victoria entered a five-day snap lockdown.

Volumes remain thin in the Asia time zone with many participants observing LNY, those markets that are open trade in the red. Japan return after a holiday yesterday, the Nikkei 225 opened higher but has lost ground as the session wore on. The ASX 200 is also lower, weighed on by the announcement of a five-day lockdown in Victoria after a cluster of cases and losses across the commodity complex.

Gold has moved lower over the last 24 hours or so, with a modest uptick in the DXY and nudge higher in longer dated U.S. real yields seen, but remains confined to the recent range after the 50-day EMA capped on Wednesday. Spot last deals just above $1,820/oz.

Crude futures are heading into Europe on a negative note on Friday; WTI & Brent sit ~$0.40 lower on the day. If the benchmarks end on in the red, it will be the second consecutive day of losses after eight sessions of gains. 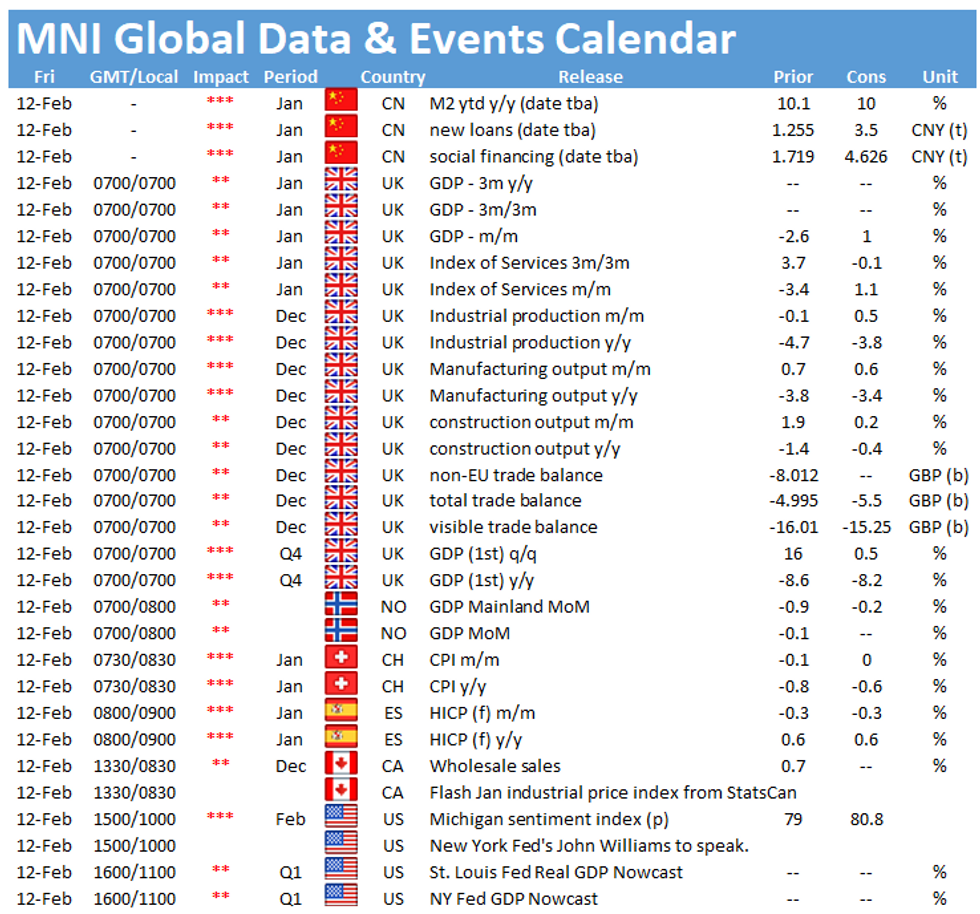