Tuesday sees a quiet day in terms of data releases. The main data publication to look out for in Europe is the release of the final manufacturing PMI for the UK at 0930BST, while the publication of factory orders at 1500BST is the main release in the US.

The UK flash manufacturing PMI jumped to a 321-month high of 60.7 in April, according to the flash estimate and markets expect the final print to register in line with the flash result. Output growth rose at the fastest pace in eight months, while new orders rose at the steepest rate since November 2013. However, the index was also pushed up by another lengthening of supplier delivery times. Business expectations remain close to the record high seen in March as the outlook for UK economy improved.

US factory orders forecast to rebound

Factory orders in the US declined by 0.8% in February, after recording positive rates for nine consecutive months. In March, markets are looking for a rebound to 1.5%, while orders excluding transportation are seen at 1.8% after falling by 0.6%.

The only event scheduled is Fed's Mary Daly and Neel Kashkari participating in a fireside chat. 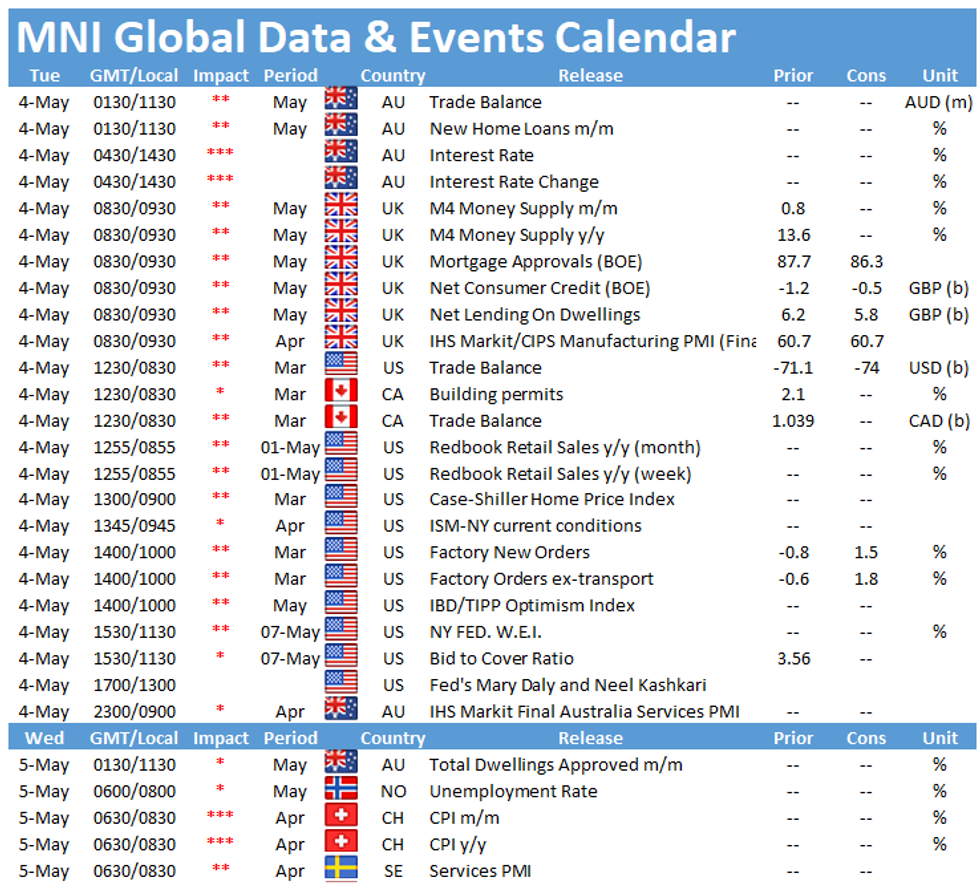