Will The CHF Strength Drag Down Swiss CPI?

Goldman Sachs: Likely to Deliver Another 150bp and Guide for More

Bitcoin has managed to deliver spectacular returns over the past year. An overview of the medium-term technical conditions using the Hurst cycle approach and shorter-term price dynamics using the point and figure chart on the 60-min frequency highlights some key trend features for the next 2-4 week time horizon.

Looking at the intraday frequency (60-mins), a point and figure chart clearly highlights recent intraday swings and the direction in price. 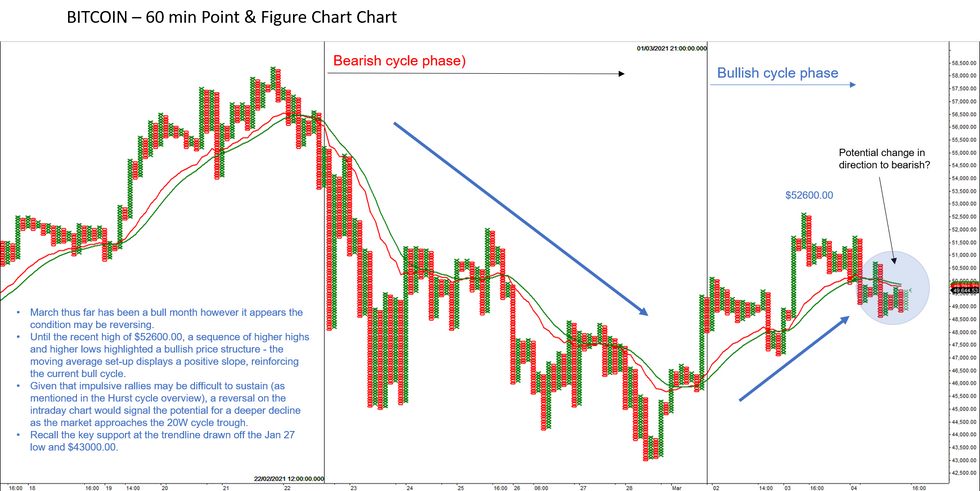