Price Is Below The 50-Day EMA

MNI INTERVIEW: FOMC Opens Door To 5% Rates and Beyond In 2023

This month's rate decision and press release from the Norges Bank had little impact on markets, with the Bank keeping policy wholly unchanged, alongside expectations. The Bank carried over their language on rates, pledging that rates will "most likely remain at today's level for some time ahead".

In the accompanying policy statement, the Bank acknowledged that economic developments had been broadly inline with the projections and forecasts laid out at their December report and, as such, there was no requirement to tweak policy.

Nonetheless, there remain considerable risks that the Norges Bank will steepen the rate path projection further at either (or both) the March and June Monetary Policy Report meetings. Their current path projections sees rates at 0% throughout 2021, with the first full rate hike now likely at the mid-point of 2022. 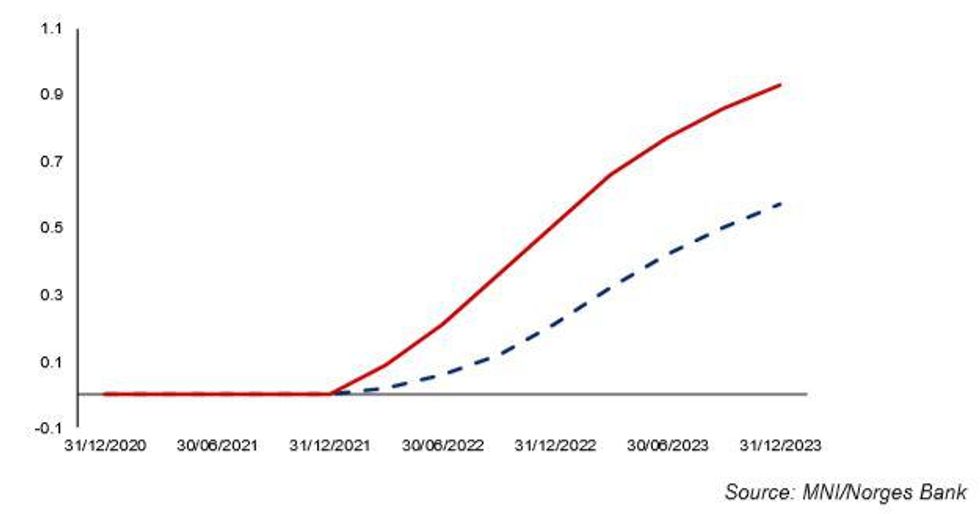