Yuan Leads Gains Amid Recovery In Sentiment, Baht Lags Behind

MNI US Open: Dollar Up, Bonds Down Pre-CPI 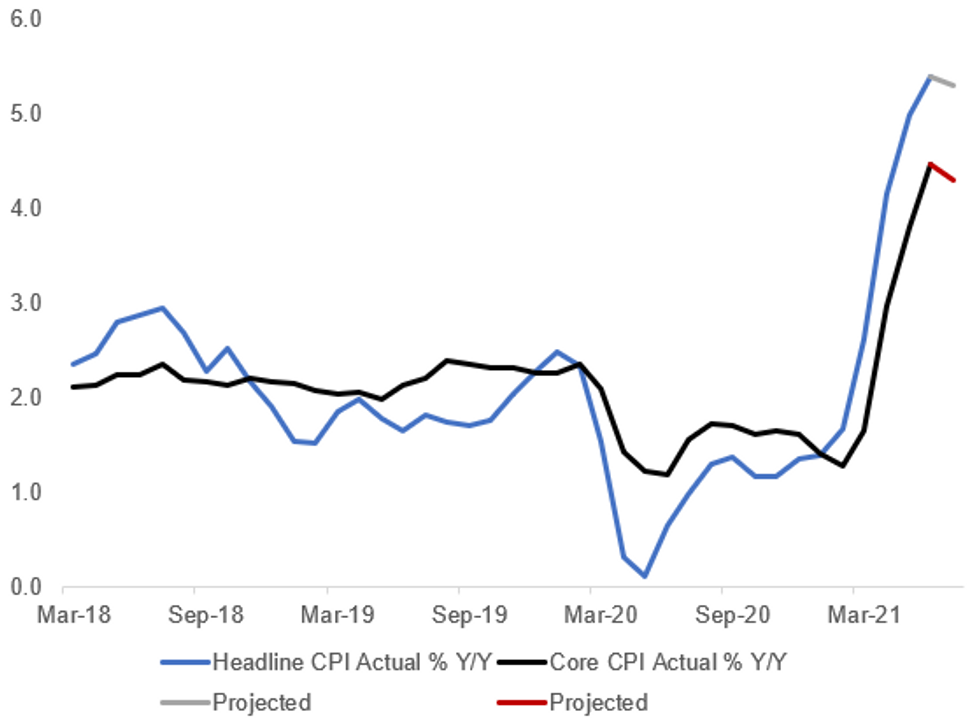 U.S. FISCAL: At around 0400 local time, the US Senate passed a budget resolution that paves the way for a vote on a USD3.5trn infrastructure package to come to the Senate floor in the autumn.

CHINA (BBG): Non-financial companies can issue debt without having a credit rating under a campaign aimed at promoting reform in the ratings sector, the People's Bank of China says in a statement.The change is effective from today

UK (RTRS): British police confirmed that a British national who was arrested by German authorities had been held on suspicion of committing offences relating to being engaged in "intelligence agent activity." Earlier on Wednesday, German prosecutors said police in the country had arrested on Tuesday a British man who worked at the British embassy in Berlin on suspicion of passing documents to the Russian intelligence service in exchange for cash.

FIXED INCOME: EGB/Gilt - Better offered ahead of US Inflation

FOREX: Dollar on the Up Pre-CPI

EQUITIES: Another Day, Another High For European Stocks 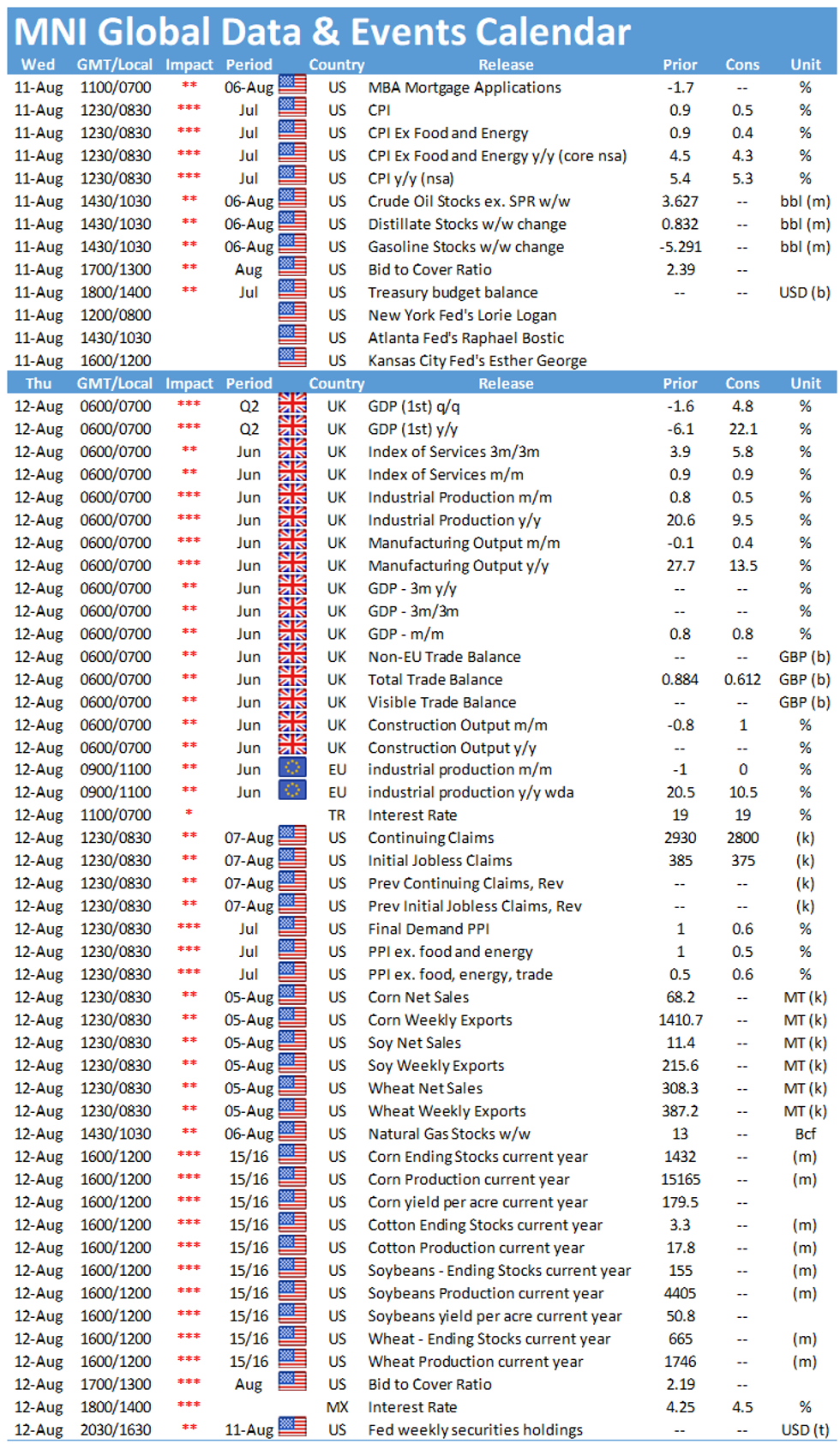