Fed liabilities saw two large moves in the week to June 16 (the date of the FOMC decision at which the Fed raised ON RRP and IOER rates): the Treasury General Account shrank by $76B, the 2nd largest weekly contraction since March, while reverse repo takeup soared $227B. This is the first time since 2017 that the size of total ON reverse repo was larger than the TGA. 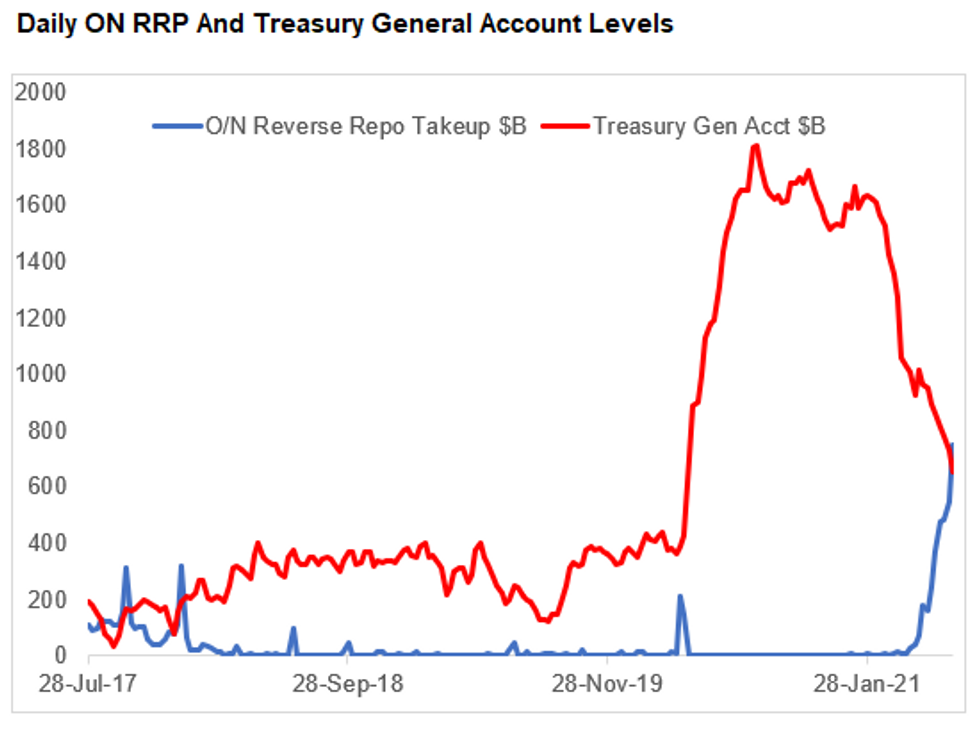