Possibility Of A CDU-Green Coalition Narrowing According To Polls

The latest opinion polling trends in Germany ahead of the September federal election shows the centre-right Christian Democratic Union (CDU) and its Bavarian sister party the Christian Social Union (CSU) retaining a sizeable lead over all other parties, although the gap between the CDU/CSU and the chasing pack narrowed slightly in the latter half of July (see chart below). 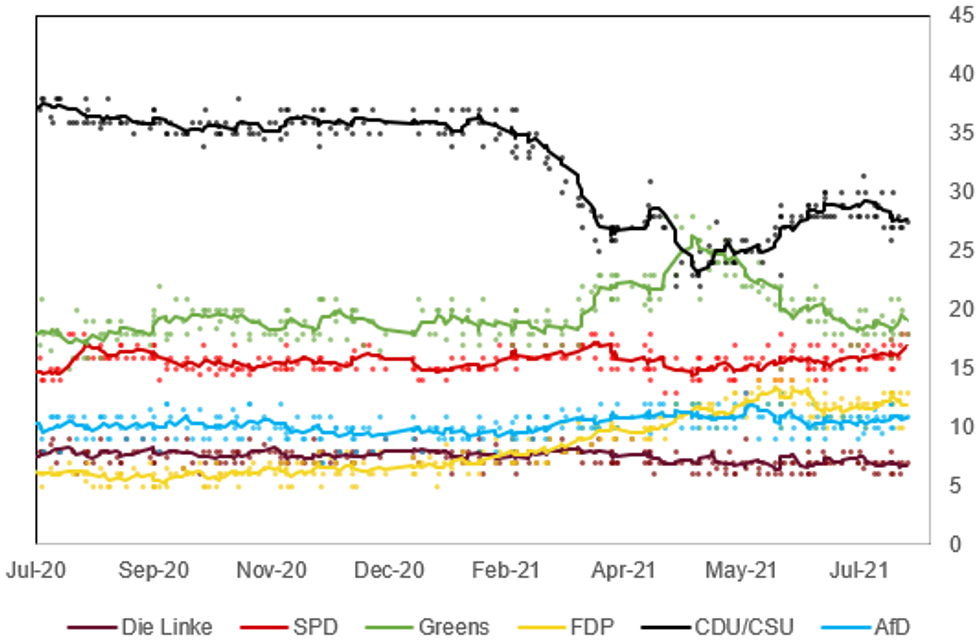