The Asia-Pac session lacked meaningful inputs, which allowed the core global bond markets to operate in narrow ranges on light volume T-Notes stuck to a 0-03 range, last -0-02+ at 131-24, with cash Tsys running little changed to 1.0bp richer across the curve. A quick look at the latest round of Japanese BoP data revealed that Japanese investors shed a net Y563.4bn of U.S. Tsys in the month of February, representing the first round of monthly net sales witnessed since August. Weekly jobless claims data, Fedspeak from Powell, Kashkari & Bullard and the mid-month auction announcement headline locally on Thursday.

Given the start of the new Japanese fiscal year plenty of attention has fallen on the potential for Japanese investors to deploy fresh capital into foreign bonds. Australia & the U.S. continue to present the most attractive destinations from an FX-hedged yield perspective, although the dynamics surrounding the broader reflation trade narrative and its impact on AUD/JPY (assuming that Japanese investors choose to enter a large proportion of Aussie bond positions from an FX-unhedged stance) may be key for allocation in the short term.

Fig. 1: Selected Foreign FX-Hedged (From The Perspective Of A Japanese Investor) & JGB Yields (%)

The highlights from the latest round of Japanese weekly international security flow data once again surround international net flows re: Japanese assets. After heavy net selling of both Japanese bonds and equities in the previous week, foreign investors flipped to net buying of both asset classes in the most recent week, with foreigners lodging the largest round of weekly Japanese equity net purchases observed since October.

G10 FX pairs were rangebound as the absence of market-moving headlines in Asia-Pac hours allowed participants to stay on the sidelines, contemplate familiar themes and await fresh catalysts. The DXY moved away from Wednesday's high.

In general, tight ranges and lack of catalysts, the greenback lost some ground but is still above yesterday's opening levels.

ASIA RATES: Dove Is In The Air

Futures mostly higher after a dovish set of FOMC minutes in the US, while the RBI hangover exerts its effects.

Markets are mixed in Asia once again, US markets inched higher to another record, buoyed by a dovish set of Fed minutes, indices closed slightly higher, though the Nasdaq was marginally lower. In Asia markets in Japan are the laggards, nursing losses on reports the government is considering tighter COVID-19 restrictions for Tokyo and other areas. Markets in China and Hong Kong are higher, though struggling to make significant gains. Markets in Australia have outperformed, supported by financials post-RBA earlier this week. US futures are mixed, Dow Jones and S&P futures in minor positive territory, while Nasdaq futures are a shade lower.

Gold continues to coil, with spot dealing little changed around the $1,740/oz mark. Cross currents from lower to unchanged U.S. real yields and a slightly higher DXY over the last 24 hours or so have roughly netted off. This leaves the technical backdrop unchanged. 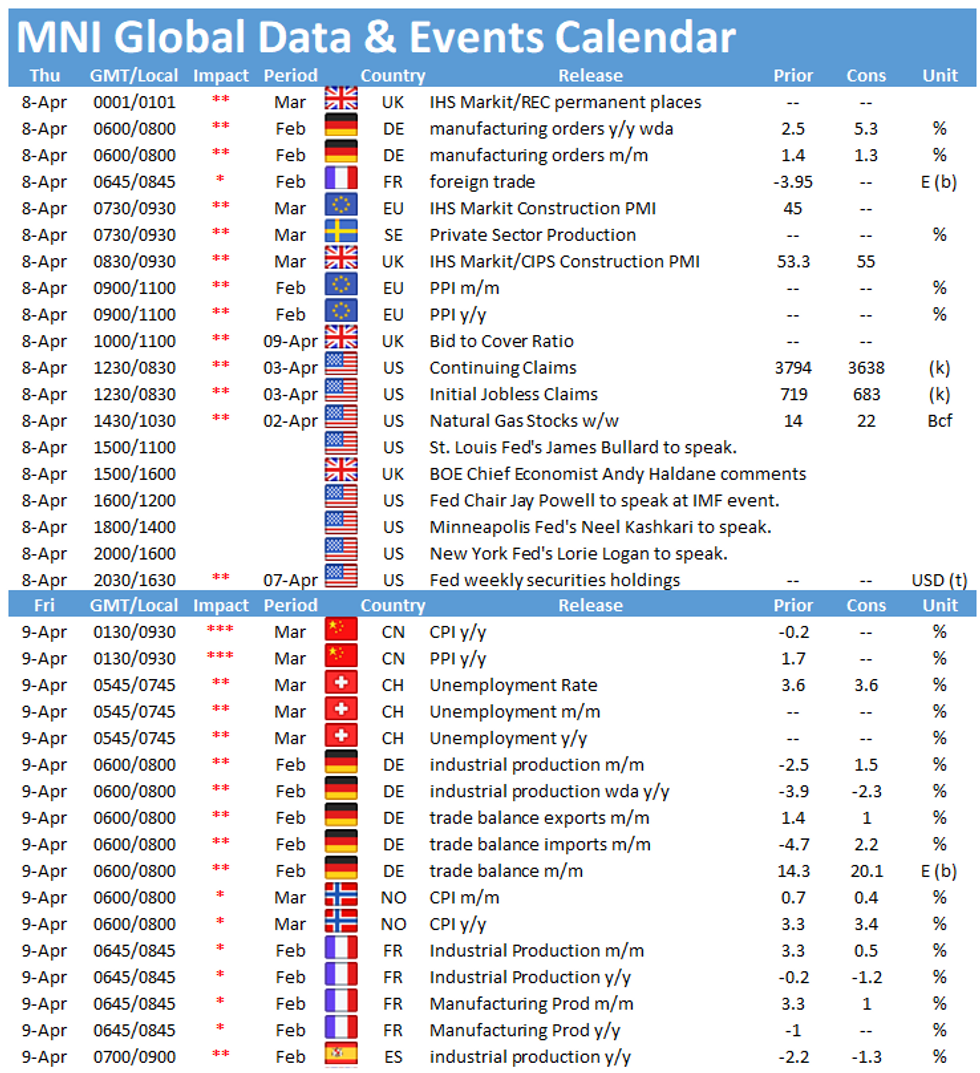