What a Short, Strange Trip It's Been

Thursday's calendar sees several interesting data releases throughout the day, including the publication of the European Commission's Economic Sentiment Indicator at 1000GMT. At 1245GMT, the ECB's latest interest rate decision will be closely watched, while in the US the release of the first estimate of Q3 GDP will be in focus at 1230GMT.

After five consecutive months of increase, the EZ ESI is forecast to ease slightly to 89.6 in October, down from 91.1 recorded in September. The index remained below the pre-crisis level despite the recent upticks. Consumer sentiment is seen in line with the flash result showing a downtick to -15.0 in October. While industrial sentiment is expected to improve further to -10.9, service sentiment is seen deteriorating to -14.2 amid the resurgence of Covid-19 cases. Social distancing measures have been strengthened as a result of rising infections numbers. This weighs heavily on the service sector and therefore on service sentiment. Moreover, the fear of unemployment and the uncertainty regarding the state of the economy keeps consumers remain cautious.

ECB likely to wait before it acts in December

The European Central Bank meets Thursday amid an ever-worsening resurgence of Covid-19 cases and signs the economy has not only slowed in early Q4 but looks in danger of recording another period of contraction. The ECB has two policy meetings left in 2020 and the October meeting comes without the accompaniment of a set of staff projections.

With a slowdown and pick-up in infections already part of the ECB thinking - although perhaps not quite this early into the autumn months - there is still the likelihood policymakers will stand pat in October, leaving the PEPP envelope unchanged at E1.35 trillion. However, there is a growing chance they could signal an increase in the PEPP or APP (or indeed both) at the December meeting to help stave off the slowdown and the growing deflationary risk.

US GDP expected to rebound sharply

The U.S. economy is set to rebound sharply in the third quarter, with markets forecasting Q3 GDP to grow by an annualized 31.8% following a record-setting 31.4% decline in Q2. Growth last quarter likely stems from significant job gains through the summer and savings from government stimulus checks in the spring. 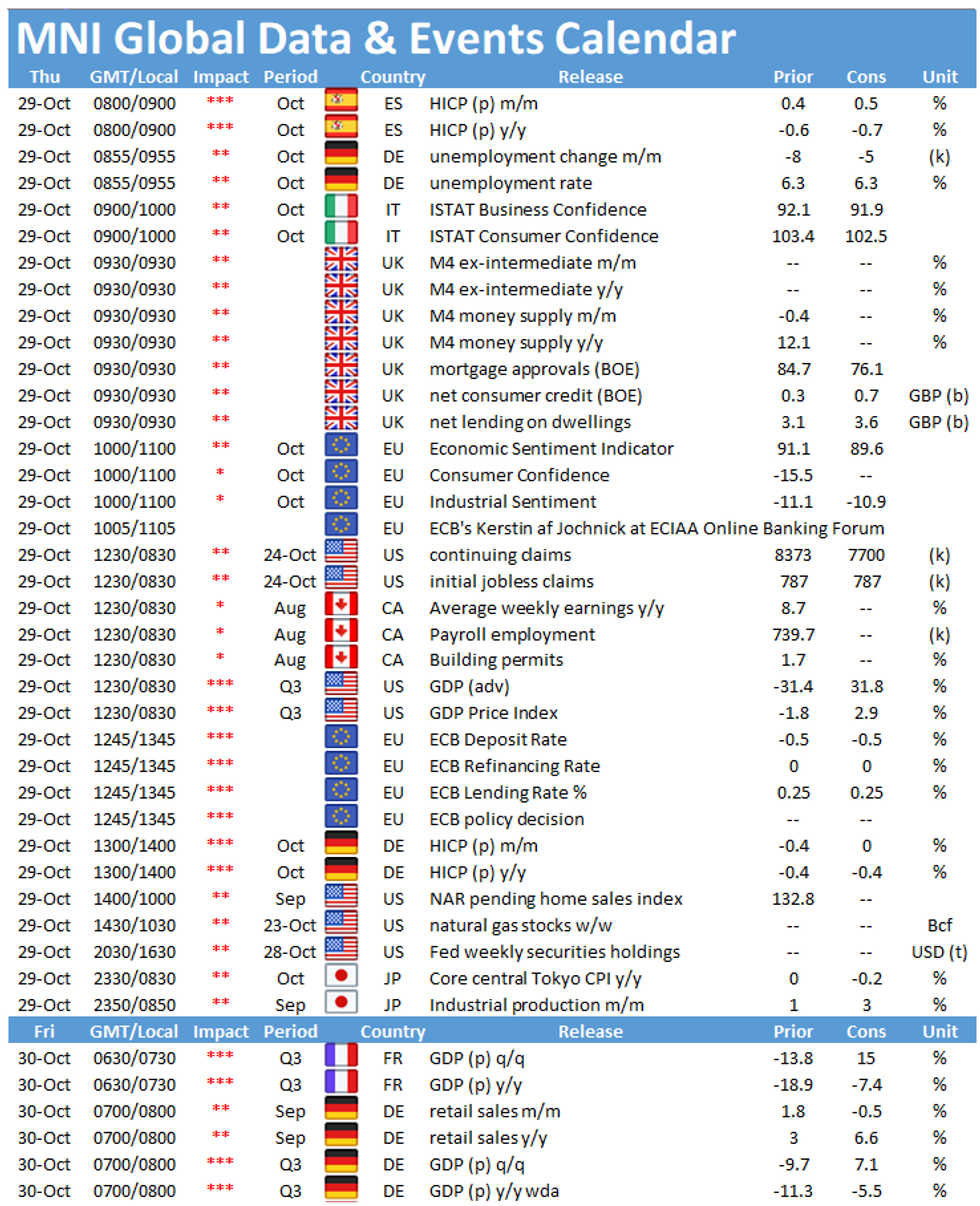