In this monthly Governments At Risk Report, MNI's Political Risk team use our proprietary Governments at Risk Index (GRI) to identify those governments in developed and emerging markets most at risk of collapse or ouster. The GRI – based on subjective assessments by our analysts – provides a reliable, timely, and quantifiable assessment of the risk of a government leaving office, which can often presage changes in policy that influence FI and FX markets.

Link to PDF report attached below: 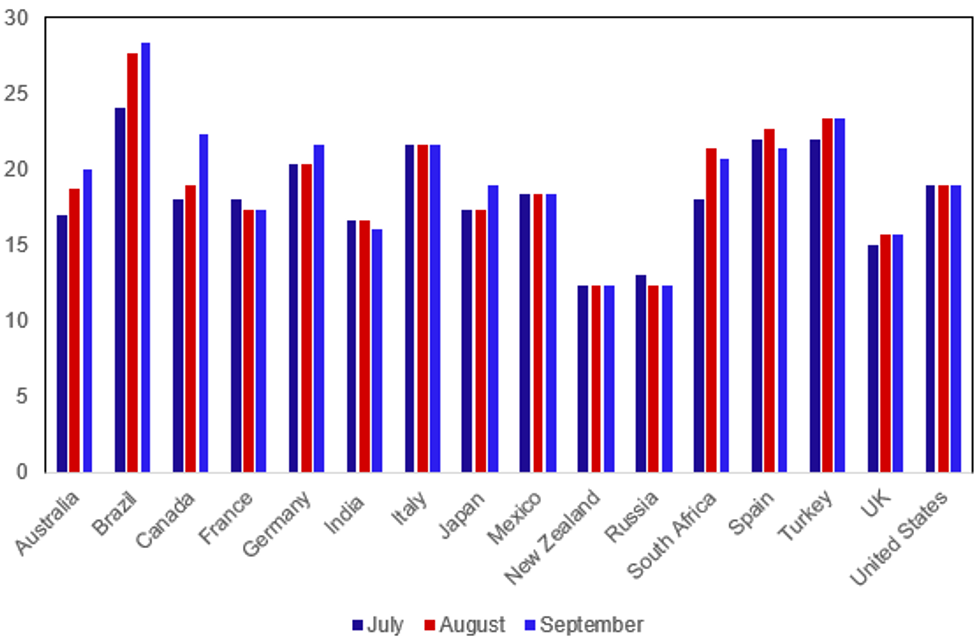