MNI US Open: Gearing Up For ECB And US CPI

MNI US Open: Gearing Up For ECB And US CPI

US-UK (FT): Joe Biden will meet Boris Johnson in person for the first time on Thursday, with hopes over a new US-UK 'Atlantic Charter' undermined by "deep" concerns in Washington over the post-Brexit situation in Northern Ireland. Biden's anxiety was conveyed directly to London earlier this month by America's most senior diplomat in Britain, who warned the UK to stop inflaming tensions in Northern Ireland over new Brexit trading rules.

G7 (GUARDIAN): Leaders at the G7 summit will call for a new, transparent investigation by the World Health Organization into the origins of the coronavirus, according to a leaked draft communique for the meeting. The call was initiated by Joe Biden's administration and follows the US president's decision to expand the American investigation into the origins of the pandemic, with one intelligence agency leaning towards the theory that it escaped from a Wuhan laboratory. The broad consensus among scientific experts remains that the most likely explanation is that Covid-19 jumped to humans from an animal host in a natural event. An on-the-ground investigation by WHO experts earlier this year concluded t it was "extremely unlikely" the pandemic began in a laboratory.

INDIA (REUTERS): An Indian state has raised its COVID-19 death toll sharply higher after the discovery of thousands of unreported cases, lending weight to suspicion that India's overall death tally is significantly more than the official figure. Indian hospitals ran out of beds and life-saving oxygen during a devastating second wave of coronavirus in April and May and people died in parking lots outside hospitals and at their homes. Many of those deaths were not recorded in COVID-19 tallies, doctors and health experts say. India has the second-highest tally of COVID-19 infections in the world after the United States, with 29.2 million cases and 359,676 deaths, according to health ministry data.

Cored fixed income is generally a little softer this morning ahead of the week's key events (the ECB policy decision and US CPI release).

FOREX: NOK Drops as CPI Slips One Week Ahead of Rate Projections 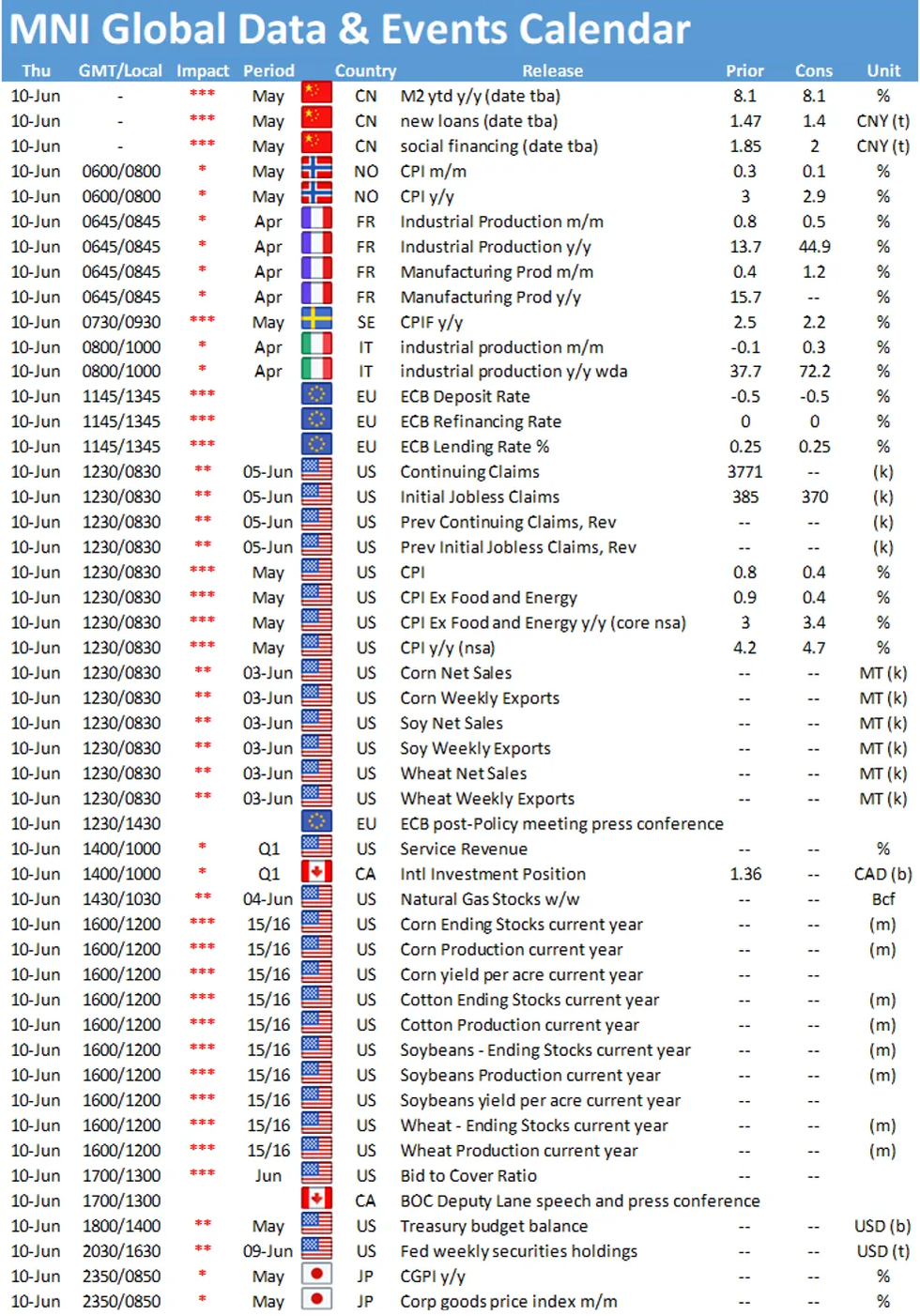